Managing teams is not an easy task. It takes effort to bring together a capable team and to make sure that the team utilizes its resources to its fullest. Even the most talented managers sometimes find it challenging to tie the different strings together when multiple units are required to coordinate perfectly for the smooth functioning of projects. Furthermore, with managing techniques like the Agile method, coordination becomes more complicated. But fret not, for Jira is an ideal solution for those in need of a medium to store and track the progress of multiple teams and facilitate smooth coordination between the same.

Jira has four different platforms, namely Jira Software, Jira Service Desk, Jira Core, and Jira Ops. These platforms are particularly tailored to the needs of different teams. But what makes Jira unique is how these platforms integrate perfectly to ensure that the various groups work together seamlessly.

Whom is Jira made for?

There are free versions of Jira available for small teams to test the utility of the application. If they find Jira useful and if they wish to expand their utilization of the application, paying for it would be a good investment. Beginning at just $7 per person for a month, Jira is an affordable option for teams of various sizes. Furthermore, it is versatile in the aspect of accommodating team members as it can hold up to as much as 5000 people.

The application is available for free for teams of small sizes (up to 10 people). The free plan is but a peek into what the product has in store for its users. For teams of bigger sizes, however, there are two different plans in place, depending on the requirements for the team. The payment is mostly monthly, but annual subscriptions are available with the potential for discounts. The discounts for yearly subscriptions depend upon the number of users in the team. To know the exact pricing for a team, one can use the pricing calculator available on their website.

For a detailed view of the pricing for bigger teams, refer to the table below.

The Scrum technique is a popular agile process framework widely used by various teams, ranging from software and marketing teams to business and HR teams. A team that believes in Scrum as an effective tool to implement agile methodologies could use Jira because their Scrum boards are the visual manifestation of the idea of Scrum. The boards help in organizing tasks of different users in the team effectively and hence enhancing the team’s performance.

These Scrum boards are not just simple task boards but have much more in store. For example, any team member can access these Scrum boards at any time. As a result, this increases the transparency within the team and improves communication quality. The Scrum board has a sprint timeframe, which ensures that it keeps the essence of agile working in place. Additionally, the time frame makes sure that the project has iterative developments.

Kanban works differently from Scrum but is also widely used by several teams. In essence, Kanban focuses on visualizing the work and limiting the work at hand, which in turn maximizes team efficiency. This method focuses on reducing the total amount of time taken to finish the task given or even the project as such. Kanban boards make this process comfortable for managers and their subordinates alike.

Kanban boards have visual signals in the form of cards, sticky notes, or similar things. The boards are unique because they limit the number of these visual signals in one column with their Work-In-Progress (WIP) limits. This feature makes sure that a particular column or workflow is not too crowded, and thus increases the efficiency of the team. The idea of Kanban boards has been in usage for a very long time, though it is common for people in its physical form. The fact that this idea is available digitally to a large team makes things all the more convenient.

Every team is required to prepare documentations called roadmaps, which ensures that everyone working in the team is completely aware of the current status of the project. Additionally, roadmaps help the user get work done more efficiently. A document of such importance, however, can be a pain to maintain, and using spreadsheets to maintain roadmaps can be extremely tedious. As a result, it also often ends up being misunderstood.

Jira Roadmaps, however, provides a possible solution to this problem through their easy to use and easy to understand user interface. Using the same software as the rest of the project to also create a timeline for the roadmap seems like the wisest and most convenient choice. Further, maintaining all documentation in a single platform improves ease of access for all team members. Additionally, the optimized roadmaps can be used not just to track ongoing and completed tasks, but also to set targets for the future.

All teams that work with agile methodologies need to make sure that they do so at all times without deviation. Even though a team aims for such a mechanism, it is easy to digress from agile working. Jira offers a variety of tools to generate reports on the agile mechanism and the functioning of the team in general. Scrum boards and Kanban boards are the most prominent examples of agile reporting tools because they provide a platform for the team to make sure they are on the right track of workflow. Additionally, tools like the control chart tell the team about the cycle time for each iteration. It can be extended to the project as a whole or each version.

Furthermore, other tools like the cumulative flow chart give an area chart to show the work in progress of a version or a product. Moreover, burndown charts show a comparison of the actual and estimated time to complete a task, a version, or a product. The value completed in each sprint of a version can be viewed through a velocity chart. Apart from these tools, the sprint report gives the list of issues in each sprint, which can be useful for improvement meetings.

Every project done has a set of actions or tasks that need to be executed in a particular fashion for the best and desired output. These tasks, otherwise called as issues in Jira, are essential for the working of any tool in the software. Users create such important elements regularly and, additionally, expect this process to be as easy as possible. However, there are many ways to develop such issues. An in-code link and a VS (Visual Studio) code (either manually or through context) are the known methods. Users can also view and edit these issues through the platforms, as mentioned above.

Several issues or tasks, while creating a product, tend to be repetitive and monotonous. This work, however, is time-consuming if a user makes several similar iterations for a particular project or issue. The redundancy in such cases needs to be reduced. Hence, automating these parts of the process is helpful. Automation helps with better resource utilization and increased efficiency, and Jira has made this tool easily accessible. Triggering an automation rule doesn’t require any code and can be done with only a few clicks. Most importantly, the team has access to this feature up to any scale, so that the team can work smarter instead of harder.

Jira gives its users the feature of an audit log, covering an array of events. Some of them are project changes, permission changes, workflow changes, notification changes, screen changes, and custom field changes.

Jira takes pride in having over 3000 integrations that help teams of various kinds. The integrations can widely be classified into four types based on the kind of team which would use it. They are Design teams, IT teams, Marketing teams, and Software Engineering teams.

These integrations help designers bring in their artistic work into the projects. As a result, it also helps the team save time by reducing the time people take in opening a file. These are some of the designing applications that are available through Jira.

Several tools perform a plethora of IT-related tasks without hassle so that any change made is informed to the team well in advance. You can use the following tools for anything ranging from CI/CD, monitoring to alerting, and much more.

These tools are some of the essential ones not just within the scope of usage for business teams but for any team, hence becoming one of the most important blocks of integrations.

Some tools essential for activities like DevOps are extremely crucial for technical teams to deliver projects of large scales. As a result, integrating these tools would be of good help for the developers to get their job done smoothly.

The software allows its users to store their data in one of two ways. They provide a cloud with varying allowances ranging from 2 GB to an unlimited amount of data. Apart from the cloud service, one can also get a personal data center for themselves. Some people, however, prefer to have a completely uninterrupted data storage system. They could prefer the self-maintained data server. But the data server comes with the disadvantage of having to maintain it properly.

Jira keeps in touch with recent advancements, and in this case, they help people out in accessing data not just through their PC or laptop, but also through their mobile phones through its application, so that you can use Jira anytime and anywhere.

Jira is one of the most popular and sought-after options when it comes to bug tracking, team management, and report creation. But one of the main reasons Jira has been successful is because of how it has concentrated more on the implementation of agile working by focusing on user experience and comfort. The software has achieved this by using a wide array of tools like Scrum and Kanban boards, Agile reporting, and many more. The software is also continually upgrading itself with more new tools to facilitate the team’s work to the maximum extent it can. On the whole, the software is advisable for teams aiming to increase work efficiency and improve team dynamics. 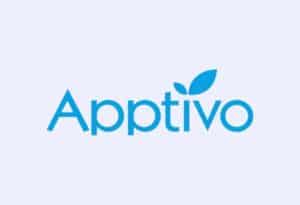 Apptivo is best known as a cloud-based CRM application. However, to limit its nomenclature to just that would be to do it a great disservice

The late 90s and early 2000s saw a seismic shift brought along by the dot-com revolution. Before that, project management was a cumbersome affair that

LiquidPlanner is a project planner platform that uses cloud-computing technology and integrated applications for various services, which include, but aren’t limited to, project portfolio management,