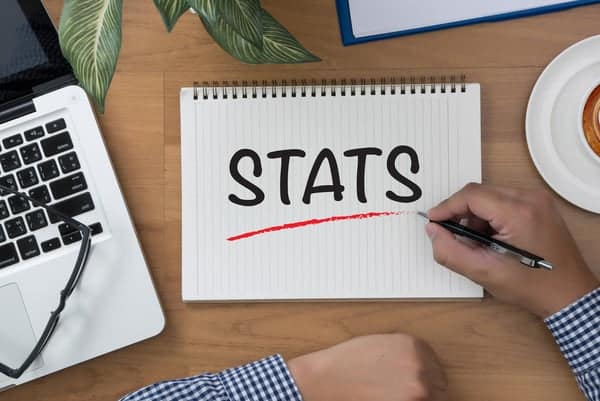 The year 2020 will probably go down in infamy as the one that bought the whole of humanity down to its knees. It all started with the devastating bushfires in Australia. Then Covid-19 began its path of destruction like a giant bowling ball striking countries down like ninepins. On the heels of the outbreak came the shocking news of the death of basketball legend Kobe Bryant, a Ukrainian plane crash that killed all 176 people on board, and Iran’s nuclear strikes on military bases in Iraq. Mind you, all of that happened just in January!

We are only halfway through the year. So far, 2020 has brought us murder hornets, locust swarms, devastating floods, a comet named 2020LD that came within kissing distance of the earth, and the death of George Floyd, which sparked widespread protests across the United States. Shock and awe seem to be the motto this year. So, it only seems fitting that we bring you these 35 surprising stats to go along with it.

Here is how Mother Earth is handling 2020

3. Countries across the world saw a 40% to 60% drop in nitrogen dioxide pollution this year. Experts say this is likely due to the worldwide shutdowns mandated by the Covid-19 outbreak.

5. January 2020 was the hottest January ever recorded. The previous record was held by January 2016.

Thanks to the Coronavirus pandemic, the way we shop has dramatically changed. Subsequently, online retail platforms have thrived in 2020.

6. Ecommerce platforms such as Amazon and eBay saw a 76% increase in traffic from January to March this year.

7. Amazon has profited the most from this trend. Its sales jumped by 40% in the second quarter of 2020.

8. More than 60% of consumers say they will now continue buying groceries online even after Covid-19 subsides.

9. Alarmingly, 25% of consumers say they cannot find what they are looking for online. This statistic just goes to show that retailers need to up their online game.

Check out these surprising buying patterns:

11. Sales of puzzles, card games, board games, and building sets have spiked by a whopping 200%.

12. Consumers are spending more money on grocery products that have a longer shelf life. Sales of items such as tetra-packed milk have increased astronomically by over 300%.

13. Between March 16 and March 21 of this year, sales of video games increased by nearly 65%. That is an unusual spike in just seven days.

17. With more than 111 million installs, TikTok is the most downloaded non-gaming app so far this year. Zoom follows close on its heels with almost 95 million downloads.

19. Even with the increased usage, however, social media influencers report a nearly 35% drop in earnings from these platforms.

The 2020 workplace is a far cry from that of previous years.

21. The pandemic has put nearly 60 million jobs at risk in the European Union itself. In the US, unemployment rates peaked at around 14% towards the end of April.

23. If you think that the work-from-home trend will die down once the pandemic abates, think again. Nearly 75% of companies plan to make the shift to remote work a permanent one.

24. Despite all the distractions at home, workers are 40% more productive there than in their offices.

25. Remote workers find themselves working about 4 hours more, on average, when working from home.

26. The number of work meetings has also spiked by about 10%.

27. Did you know? In April, the World Health Organization (WHO) named 2020 as the ‘International Year of the Nurse and Midwife.’

29. Despite the raging pandemic, people are living longer and healthier lives than ever before. Life expectancy has gone up by over 20%.

30. At present, around 45 million people have mental health issues in the United States. With a state prevalence of over 25%, Idaho residents seem to be the most affected.

Statistics On The Covid-19 Pandemic

And finally, this list would not be complete without a few stats on the ongoing pandemic.

33. It is not all bad news. Around 65% of the people infected have already recovered with more recoveries on the way.

34. The mortality rate of Covid-19 fluctuates wildly from country to country. Nepal and Rwanda have the lowest recorded mortality rate of 0.3%. Conversely, with a rate of 14.9%, the UK has the highest death rate.

35. It may not feel this way right now, but the COVID-19 pandemic pales in comparison to past outbreaks. Its overall mortality rate is around 21 times less than the deadly Spanish flu that infected 500 million people worldwide and killed nearly 3% of the world’s population. The ‘Black Death’ plague in the 14th century is also regarded as deadlier. Experts estimate that this plague caused nearly 200 million deaths.

We hope you have enjoyed our compilation of these 35 interesting and surprising statistics and facts that you should know in 2020.

We use cookies to ensure that we give you the best experience on our website. If you continue to use this site we will assume that you are happy with it.OkInfo